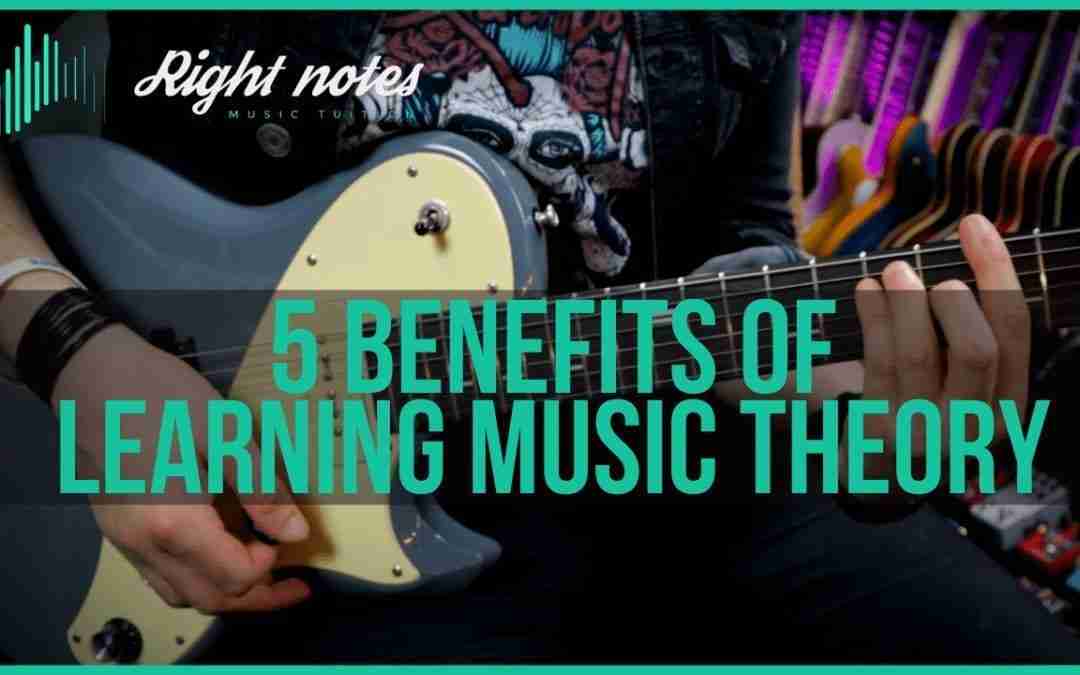 I recently wrote an article all about music theory in partnership with my friends musicteacher.com and PMT and I wanted to share it here for you!

The article is all about music theory and why it’s a useful thing to learn. Many guitar players, myself included, can often shy away from the idea of theory. It’s easy to dismiss theory as being a means to restrict your creative workflow. I know I certainly though this way for many years.

I thought that if I knew theory, it would make my playing less genuine, less soulful and less intuitive. I thought that understanding the guitar would remove the feel from my playing because I would end up thinking about every single note.

Turns out… I was wrong.

Music theory actually helped me develop further as a musician. It opened so many doors creatively for me that previously were locked. It removed the guess work from song writing, and allows me to unlock new notes and new ways of phrasing things that I would never have imagined.

“Try and be instinctive first and analytic afterwards, although it’s good to study the theory of music”

I’m a firm believer in learning the theory that you need. Don’t preoccupy yourself with learning every single bit of theory that you come across, because you’ll only fill your brain with things that you’re either not using, or have no intention of ever using. Whatever stage of the guitar journey you’re at, learn the theory that helps you understand where you are and what you’re doing. Even simple things like understanding how a chord progression functions can take the guess work out of song writing and it can make learning songs a breeze.

Check out the video linked below to find out more about my top 5 reasons for learning music theory. Don’t forget, there is an entire module inside the guitar course dedicated to helping you get started with theory, so if you want to push yourself further and learn some theory, sign up today and learn with me.

Here are my top 5 reasons for learning music theory:

1. It Can Help You Write Chord Progressions

If you understand chords, scales and key, then music theory can allow you to come up with chord progressions without any guess work. You will be able to hear progressions in your head and visualise where you can go as a creative player without having to spend hours testing out chords to see if they work or not. The good things is, once you know what the rule is and how to follow it, you can break it and come up with your own!

2. It Helps You Figure Out What Notes You Can Play Over Specific Chord Progressions

Much like writing progressions, it also helps you figure out what to play over the top as a lead guitar player. It allows you to understand which scales, or specific notes from a scale, sit best over each chord in the progression and which notes you should avoid. This is a very useful benefit of music theory as it will really help your lead playing fit every situation.

3. It Helps You Learn Songs Faster

If you understand how to write chord progressions, you can take that knowledge and use it for working out other songs. You can almost guess that you’re favourite players would have used the same rule to write their songs, so once you’ve worked out the key of the song, you can follow that keys chord progression rules to essentially guess where the song will be going. Most of the time, this will work perfectly and is a great way to quickly learn songs.

4. It Helps You Work Out Other Theory Concepts

Using a theory concept such as understanding the major scale, you can work out other theory concepts by adapting it. You can learn other scales, chords, chord progressions, modes and everything else. I often think of the Major Scale as being the gateway to music theory, and this is precisely how I teach it inside the guitar course.

5. It Helps You Communicate With Other Musicians

If you have aspirations to become a pro musician then theory will help. Most professional and working musicians will often communicate ideas to each other in rehearsals, and sometimes even in the heat of the moment on stage, in theory terms. Some band leaders will call out chord changes using intervals (A music theory numbering concept) or even give a last minute order for a key change. Theory can really save your neck when things get tricky!

Check Out The Video

If you enjoyed this list of 5 benefits of learning music theory and you want to learn more then sign up today and access the lesson library. Inside you’ll find over 14 hours of lessons taking you from your first chord to an advanced level. Learn at your own pace using the videos and associated TAB files. When you’re not learning, hang out in our social areas and meet new friends. Talk about all things guitar related and learn from other students who’ve progressed through the online guitar course.

Leigh Fuge is a guitar player, content creator and educator. He is also the owner of Right Notes Music Tuition.He has over 15 years experience in the music industry and has also worked with many major guitar brands such as Blackstar Amps, Boss, MXR, Gretsch, Jackson Guitars, Hughes & Kettner and many more. Leigh has helped hundreds of students realise their potential with their guitar playing. Start your journey today and learn guitar online with Leigh!